Rectifying Property Damage After a Fire

Successful fire investigations significantly reduce business interruption by rapidly identifying the severity of structural damage and how best to repair in the most efficient way possible. The first impression of a fire loss is typically one of devastation, especially when the structure is likely to collapse, as shown in the image below; but more often, the building superstructure can be repaired despite damaged fittings and fixtures producing a scene that might suggest otherwise.
Once the building is established as safe, equipment and plant may be inspected, and plans established for either their safe in-situ repair or their removal for replacement or repair are to be phased alongside structural repairs.

Examining debris can be a useful way of indirectly assessing the likely temperature-duration profile experienced by the surrounding parts of the building structure or the equipment it contains. However, a more reliable method of assessing the severity of damage is based on direct examinations of the response of each part of the structure and requires knowledge of material science, including metallurgy.
Structural engineering experts, working collaboratively with the insured to assess the nature and extent of the damage, can provide essential information on the time, cost, and engineering required to carry out the appropriate reinstatement. This maximizes the speed of recovery and minimizes business interruption.
Evaluating Structural Steelwork
Replacing fire-affected steel members that are deformed beyond their original tolerances is often most appropriate. It is rarely cost-effective to remove, straighten, or reinstall deformed steelwork or to carry out sufficient material testing, analysis, design, and structural modifications to enable the repaired structure to accommodate them.
Replacing deformed steelwork is supported by metallurgical science. Although consideration is made on a case-by-case basis, the temperature required to degrade mechanical properties is higher than the temperature that causes softening and deformations.
In most cases, if a steel member is not deformed, it is not damaged. Any steel member that is deformed should be replaced, irrespective of the temperature it experienced during the fire. 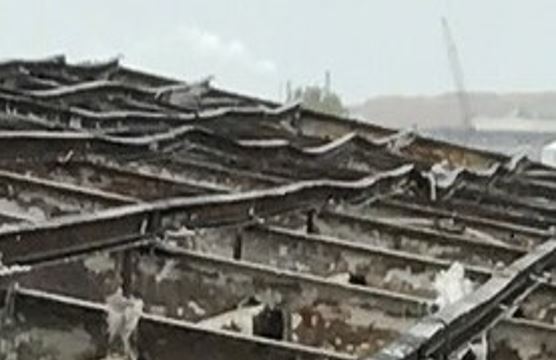 Sagging steelwork softened during the fire. This structure required replacement. 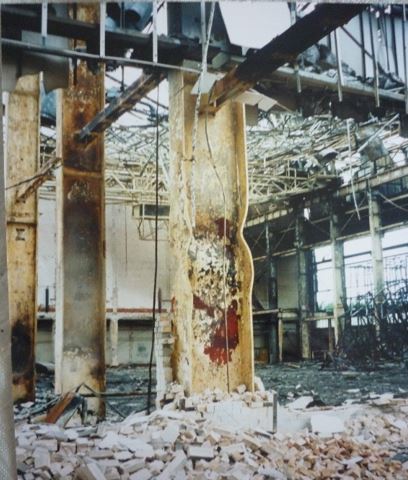 Fire induced softening led to local web and flange buckling. This structures collapse was narrowly avoided.
John Hodgson is a Principal Consultant for the Major Loss division of Envista Forensics in the UK. He possesses 35 years of experience in the design and assessment of structures of all types, to various types of loading, using various codes and standards. NFL Wants $1B From Its Insurers To Cover Concussion Settlement

Ruling Is Instructive Of Biometric-Related Claims And Insurance

Can Virtual Reality Really Help Injured Workers With Pain, PTSD And Other Conditions?